Out of the four days I have been doing this cleanse, I would have to say yesterday I struggled the most (so far).  I felt cloudy all day.  Not miserable.  Not sick.  Not weak.  Not tired.  Just cloudy, like I could not quite focus or do anything particularly productive.  I found myself “zoning” out several times throughout the day for no good reason.  I also noted that the mild headache I had early in day one and two lasted much longer on day three.  Even after lunch I still had a headache.  Not terribly bad, but enough that it was noticable.  I did not workout yesterday either.  Partly because of the cloudy “funk,” and partly because my daughters were treated to a special evening following some trauma and drama earlier in the week.

I was not down this morning.  I was not up either.  Today has been fine.  No cloudy funk hanging over my head, and I still feel as though I am sleeping better these days.  I have been up and out of bed every single morning no later than 7:30 AM since beginning the cleanse. 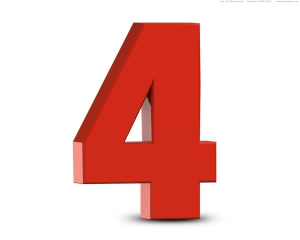 That is pretty unusual for me.

I did not get a headache this morning, though.  This is the first morning I did not experience a mild headache at all since beginning the cleanse.  Maybe that means some of those toxins are gone?

I have felt slightly more bloated throughout today, though.  The tummy is definitely active, but not painful or emergent.  Maybe tomorrow will prove more “exciting” in that way?  We shall see.

Overall (at this point), I would say this has been far less “intense” than I originally expected.  That, of course, is just fine by me…and I still have three more days to go anyway.